Canella was founded in 1947 by Luciano Canella in San Donà di Piave. Today, Luciano’s children, Alessandra, Lorenzo, Nicoletta, and Monica, run the winery along with Tommaso, the first of the third generation.

The Canella winery began in a small, family-style restaurant in San Donà di Piave in the Veneto region when owner Giovanna tasked her son Luciano with managing the restaurant’s wine program. He began searching the surrounding areas for the best wines for his mother’s cuisine, finally deciding to create his own. He experimented with adding bubbles to a base wine and sweetening it himself. The wine was a great success and ultimately, demand began to far exceed his ability to supply so he opened his first winery, hired a team, and sold the first Canella-labelled wines.

True pioneers in the world of Prosecco, Canella is a shining example of Venetian creativity and an entrepreneurial spirit.

Canella is found in Conegliano, the appellation’s historical core. The largely hillside vineyards are located at the precise altitude where grape-ripening is more gradual and as a result, the fragrances are more intense and the natural fruit acidity is at its best.

As of August 1, 2009, wines may only be labeled Prosecco if they have been produced in specific zones of northeastern Italy and if they carry the Prosecco DOC designation. In turn, the historic areas of Prosecco Conegliano- Valdobbiadene and Colli Asolani, were upgraded to DOCG designation. 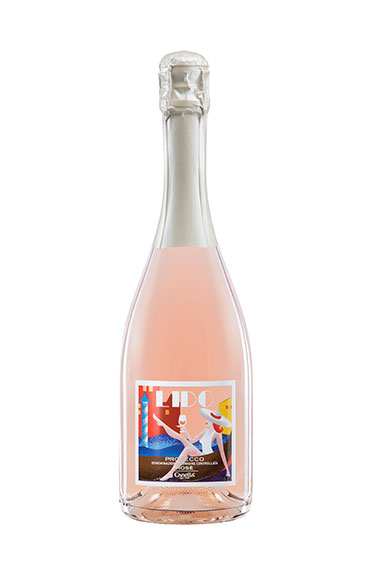