Cantina Santadi is located in the province of Sud Sardegna, in the southwestern corner of Sardinia on gently rolling hills blanketed in vineyards that tumble down to the crystalline sea. This stunning wine-growing area features fabulous sandy soils, the blistering island sun, salty sea breezes, native grapes, and old vines, many bush-trained. President Antonello Pilloni, Winemaker Riccardo Curreli, and General Manager Massimo Podda, work together to produce wines deeply rooted in the Sulcis terroir, driven by a great desire to bring Sardinian wines to the world.

Founded in 1960, Cantina Santadi began as a partnership between fine local growers, making high-quality, terroir-driven wines a team effort. As a result, from day one, Cantina Santadi was able to establish a reputation for making phenomenal wines from native Sardinian varieties.

In 1976, Antonello Pilloni was elected president and went on to bring Santadi great international success. He personally brought on Giacomo Tachis, the enological mastermind behind wines such as Sassicaia, Solaia, and Tignanello – and of course, Cantina Santadi’s very own Terre Brune, in the 1980s.  He worked with the winery for some thirty years before handing the consulting reins over to Giorgio Marone, his trusted colleague, who works closely with the winery’s evermore dedicated team⁠.

In the 1990s, Cantina Santadi expanded the winery, purchasing state-of-the-art equipment to only expand again ten years later to accommodate the increase in production and a new barrique cellar.

Cantina Santadi vineyards cover an impressive 1,600 acres (650 hectares) of prime, gently rolling terrain reaching right out to the sea, all within an 18-mile radius from the winery so that fruit can be moved in minimal time.

The unique sandy soils allow for pre-phylloxera rootstock to thrive. The parasite does not attack the roots, producing small holes in them. These cavities, however, are immediately filled up by grains of sand that heal the wounds, allowing the plant to thrive in spite of phylloxera. 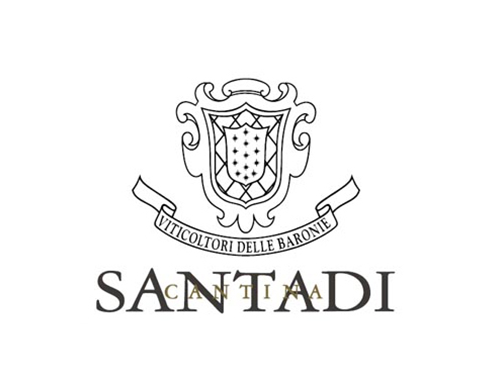