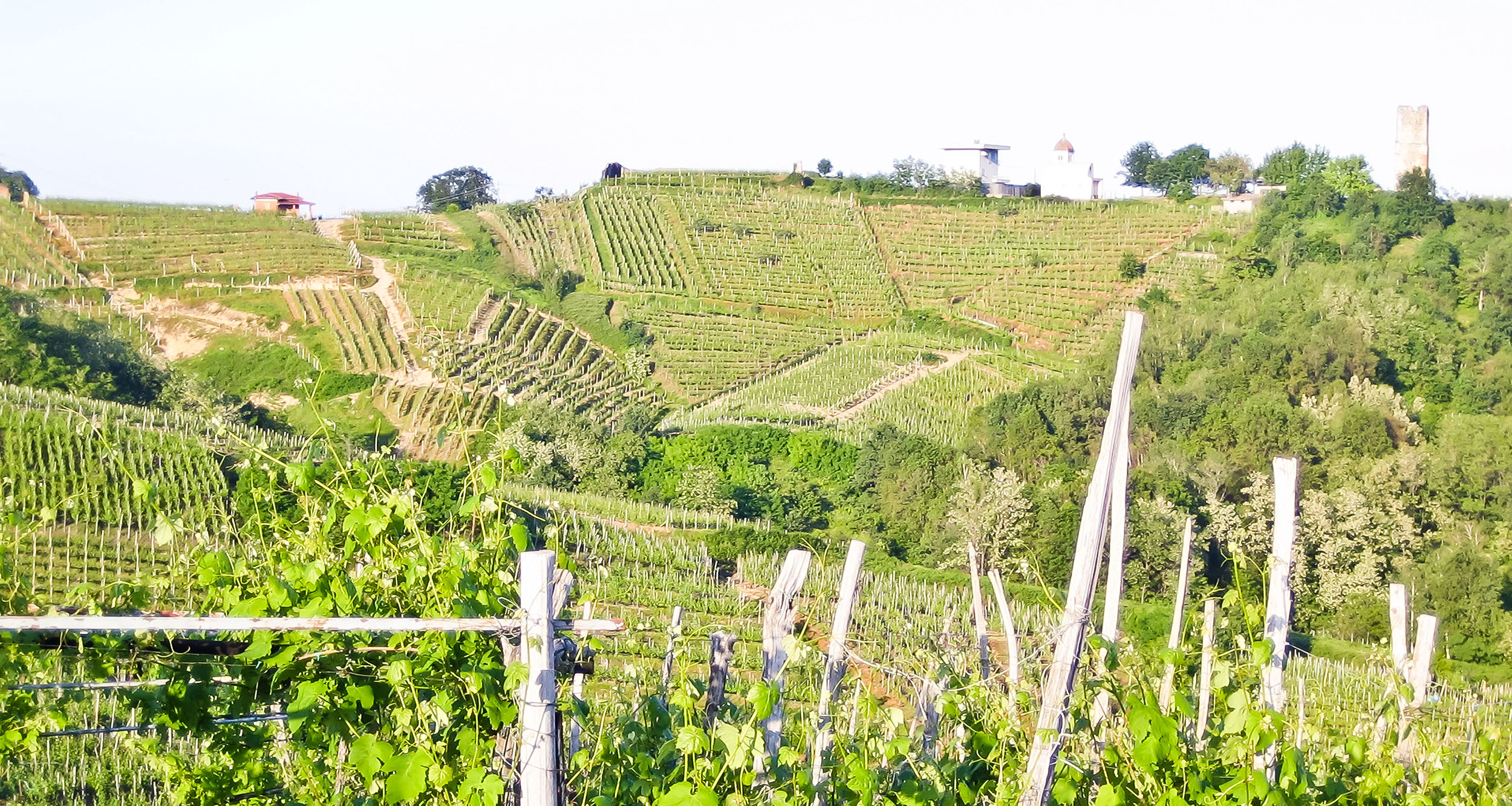 The Alto Piemonte wine region has been stuck in the shadows of its regional siblings – Barolo and Barbaresco – for as long as anyone can remember. But make no mistake, Alto Piemonte wines can hold their own, especially Ghemme and Gattinara, two historic wines made from Nebbiolo and grown in exceptional terroir.  We talked to Alessandro Francoli and Nigel Brown, the founder and sales and marketing director, respectively, of Torraccia del Piantavigna about the area and their wines.

As the name suggests, the Alto Piemonte is located in upper Piedmont, above the Barolo and Barbaresco areas and below Monte Rosa, the second-highest Alpine peak (4,600 meters above sea level) in Europe and a determining factor in the climate of the area. This location below the Alps is crucial to winemaking as they protect the area from cold winter winds and the heat in summer is tolerable because of cool air that blows down from the mountain’s glaciers, guaranteeing the ever-important – particularly for the aromatic profile – day/night temperature swings.

History shows – through the writings of Pliny the Elder, the Roman author and naturalist, and archeological findings – that the Celts and the Ligures had already fully developed the area for winemaking, considering it a purveyor of fine quality. There were also plenty of writings during the Renaissance attesting to the same. But when Phylloxera ravaged vineyards across Europe in the late 19th century, winemaking here almost totally disappeared until a rise in industrialization – specifically textiles in Alto Piemonte – delivered the final blow, as dying vineyards were abandoned in favor of more lucrative endeavors. It wasn’t until the 1960s that the area began to make a slow comeback, with its first DOC designation. “Until about ten years ago, it was really tough. But it’s most probably the fastest growing area in all of Italy, as it is being rediscovered and revalued. Producers from Barolo and Barbaresco – experts in growing Nebbiolo – are moving into the Alto Piemonte, given its high quality. And they know how to work it and land prices are going up. We’re really experiencing a boom period,” explained Nigel.

Speaking of terroir, Alessandro gave us a rundown of the soils in the four provinces of the Alto Piemonte, which as it turns out, differ greatly. The Biellese hills, which gave way to the Po Valley, were once underwater, which is why the soils here have marine origins. The hilly, mountainous province of Vercelli and some of Novara feature volcanic soils. The Novaresi hills are full of river stones – possibly from the frequent floods that would happen in spring when the Monte Rosa glaciers would melt. And finally, the morainic rocks also formed by the glaciers pepper the soils of the Ossola Valleys.

Such complexity is complemented by an underground fossil supervolcano that was active 250 million years before the Alps were formed (30-60 million years ago). It has left minerals and rocks and layers that enrich the soils of today. However, what links these soils is their acidity, which allows the vines to absorb the abundance of minerals available. Once you combine this with Nebbiolo, you have the making of wines that offer a cornucopia of fine aromas and acidity and tannin profiles that allow them to age effortlessly.

Known as a “terroir variety,” Nebbiolo is without a doubt the grape of choice in upper Piedmont as it is lower Piedmont. It has a strong connection to the soil and microclimate hosting it and the differences between Nebbiolo grown in one plot of land versus another are palatable. However, the grape’s elegance, complexity, richness, and personality shine through, no matter the terroir. Nigel adds, “It is undoubtedly the most prestigious Italian grape, but it’s only planted to 0.6 percent – so less than one percent – of the vineyards in Italy. Unlike other native European grapes, it’s cultivated very little around the world. So it seems to be specifically suited to our climate and terroir. It requires a long season, doesn’t need too much heat, and thrives in acidic soil. It tends to be the first to bud and the last to be harvested.”

A DOCG since 1997, this small appellation – about 73 hectares/180 acres – is located in the provinces of Sesia Val Grande UNESCO Global Geopark area, in the foothills of Monterosa and the province of Novara. The fluvial-alluvial soils are “a nice mixture with a full range of minerals and large smooth river stones. It’s slightly heavier so it retains moisture. According to regulations, we are not allowed to irrigate, so this can sometimes be important,” says Nigel. “This soil gives the wines complex perfumes and great finesse.” The wines must be made from at least 85% Nebbiolo and can be blended with Vespolina and Uva Rara, two grapes native to the area. The wines must age a minimum of 34 months, at least 18 of which must be in oak. Torraccia di Piantavigna’s rendition has a clean, fresh style that highlights the natural complexity of Nebbiolo. It has received much recognition over the years and its high acidity and vibrant tannins make it an excellent candidate for long aging (even up to 20 years).

Just a few years older, Gattinara became a DOCG in 1990 and covers about 100 hectares/250 acres of hillside vineyards in Gattinara, in the province of Vercelli. The soils are complex, with volcanic gravel, sand and porphyritic rock leftover from the supervolcano. “So we get very mineral, muscular wines,” adds Nigel. It can be blended with Vespolina and Uva Rara but only for a maximum of 10% (and only 4% of Vespolina!). The wines mature for a minimum of 24 months in oak, but a total of 35 months in all. Torraccia del Piantavigna’s Gattinara is 90% Nebbiolo and 10% Vespolina, which adds a little color and peppery note to the wine. Another Torraccia wine that has not gone unnoticed by the top reviewers for years — at least twelve.

Check back later to read more about Torraccia del Piantavigna.

Poderi Einaudi has deep roots in Piedmont and Italy itself, woven into the fabric of the country’s...

Eat, drink and be merry seems to be the motto of Carnival celebrations across the western world, and...