Sulcis is located in the southwestern corner of Sardinia, which today is dotted with rolling hillside vineyards overlooking the sea. But this gorgeous area of the island was the first thing the Phoenicians saw when they arrived three thousand years ago. From the Sulcis peninsula, these adventurous traders navigated northwards, eventually colonizing the entire island and naming those native to the island “Shardana.” Three thousand years later, Neil and Maria Empson chose this ancient word for their wine, a tribute to this beautiful Mediterranean paradise in the form of a full-bodied, voluptuous red from 85% native (partly pre- Phylloxera) Carignano and 15% Shiraz. The style was inspired by Sulcis’ exceptional terroir and reflects the region’s power-packed, layered complexity. The label itself – with its stark, simple graphics – speaks of the island through the enigmatic Phoenician emblem and slate-colored nuraghe (Sardinia’s giant, prehistoric stone tower). Sulcis includes some of the hottest, driest and wildest areas on the island, providing the perfect groundwork for high-quality viticulture, and an ideal home to Carignano. This sturdy indigenous grape is extremely ancient, probably originating in Carifera (Spain). Through the centuries, the Sardinian version acquired an identity of its own, quite distinct from its genetic cousin, French Carignan. When the Empsons began the Shardana project in 1996, they chose the Santadi team as their ideal partners, selecting the winery’s seafront vineyards for the outstanding terrain, microclimate, and ampelographic history. Time proved them right, for when the wine was finally released, in June, 1999, Neil and Maria felt that Shardana successfully captured the spirit of this incredible island. 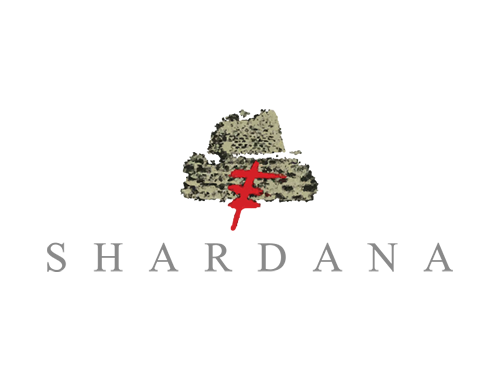