Roberto and Andreina Gatti’s enologist daughter Laura said it best: “This is a family winery.” Roberto Gatti literally worked his way to the top. He was born in Cazzago San Martino in Franciacorta, to sharecropper and grape-growing parents. He moved slightly northwest to Erbusco, where he worked as the cellar master and vineyard manager for an important Franciacorta producer for 20 years. In 1990, he began to give an elderly family friend a helping hand on weekends. The woman owned a tiny winery and had a hard time dealing with the details of production after her husband’s death. At the time, she sold in bulk but one year into her collaboration with Gatti, she was so impressed, she offered to sell him the winery and vineyard with three hectares (7.4 acres) under vine, convinced he would make it shine. So in 1991, Gatti quit his job and struck out on his own. Ferghettina was born, named after the name of the place where the winery was located. Today, the Gatti family runs a total of 180 hectares (445 acres) under vine, split into nine Franciacorta districts. They only own a small portion of them as the family chooses to invest in top-quality equipment and vineyard management. Not to mention the state-of-the-art, 64,600-squarefoot new winery in Adro (slightly northwest of Erbusco), designed by Laura’s architect husband. Though finished in 2005, it perfectly fits in with the landscape. It looks like a traditional farmhouse gently embraced by sloping hills in view of Lake Iseo. The Gatti family is supported by a staff of 15. The wines are styled by Roberto himself with Laura and son Matteo, both university graduates in enology. In fact, starting with the 2007 vintage, the Ferghettina Rosé and Milledì, come in a special bottle invented by Matteo Gatti, with a square rather than round base, that looks like a rising pyramid with flat interior sides so that during their three years on lees, the yeasts have two and a half times greater contact with the wine compared to traditional, round bottles. This leads to even greater finesse, flavors and aromas not to mention, originality, beauty and cutting-edge functionality. 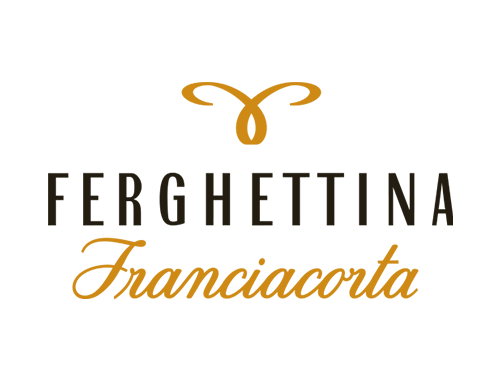