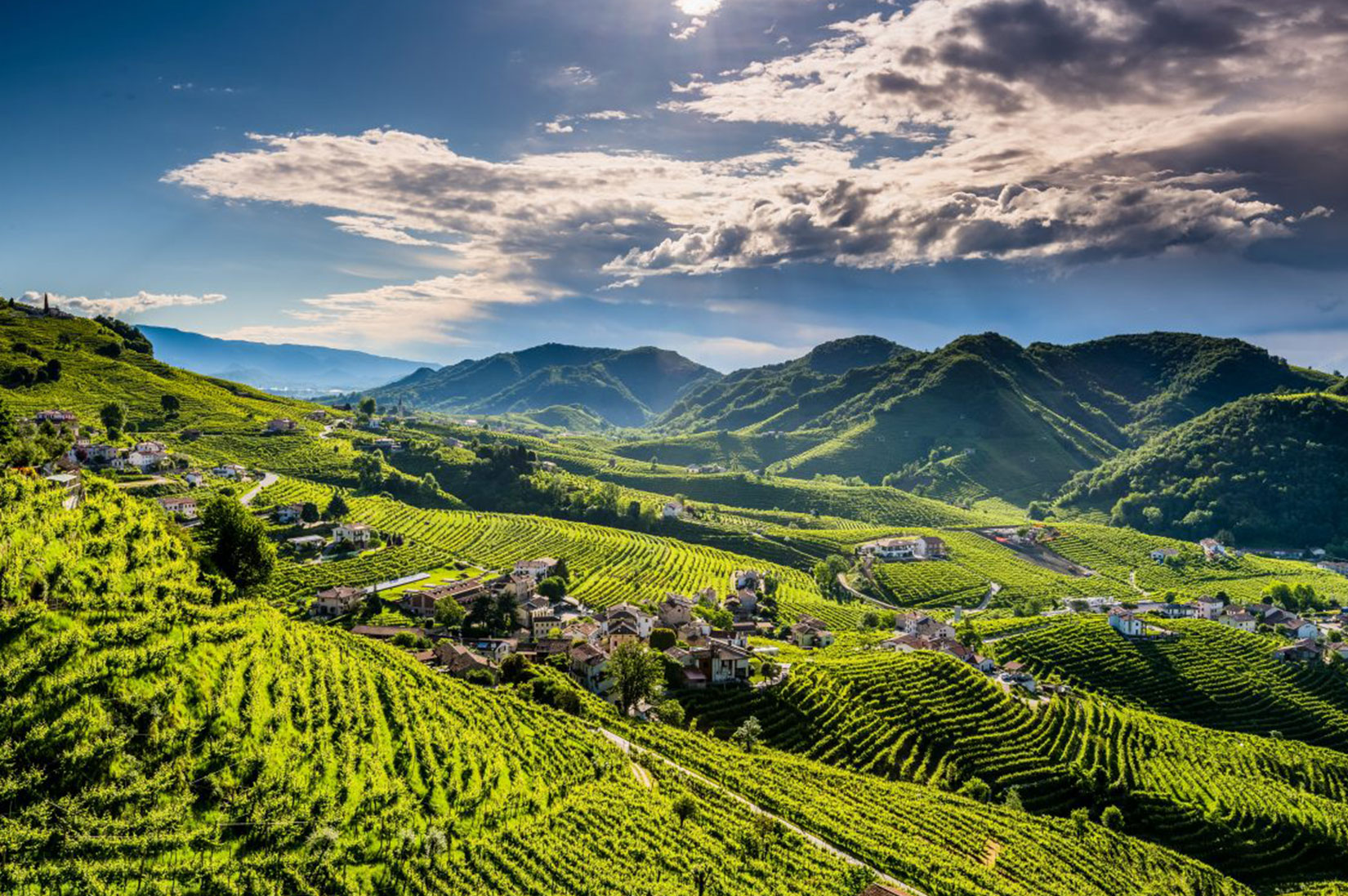 Prosecco DOC comes from Italy’s northeast – specifically Friuli Venezia Giulia and the Veneto. But if we’re talking about Prosecco Superiore DOCG, it can only be made in the hilly area of Conegliano Valdobbiadene, which was just named a UNESCO World Heritage Site. An incredible recognition for a wine area with a history that goes back to ancient times. First mention of wine production dates back to the sixth century, but documents referencing Prosecco itself date back to 1772. Prosecco achieved DOC status in 1969, while DOCG status came in 2009.

The area is located about 30 miles from Venice and 60 from the Dolomites. The climate is generally mild, thanks to proximity to the mountains and the sea. The hills, which also enjoy good drainage, stretch from east to west, so the grapes most often enjoy southern exposure. The soils have been influenced over thousands of years by the mountains, seas and lakes and differ from hill to hill. Lorenzo Canella of Canella, which has been in the business of bubbles for over 70 years, explains that the hills are key to his wines, “What is important to understand is the difference between hill production with respect to that on level ground. The grapes grown on hillsides enjoy a noticeable difference in temperature between day and night, and it is precisely this phenomenon that enriches the aromas and perfumes of Prosecco, making it harmonious and fruity.”

Prosecco is made using the Charmat method (also known as the tank method), which calls for two fermentations, but both in a tank. The first is done to make a base wine, and the second is done to add the bubbles. There can be contact with the lees, but the wines don’t often achieve the same complexity as with the traditional method.

Thus, Prosecco’s style is simpler than that of Franciacorta, but this makes it no less desirable. Indeed, it is often easy to drink and pair and goes down easy as an aperitif. In fact, it is a favorite in Italy for aperitivo hour with light bites and an equally effervescent scene. Again, just ask Lorenzo Canella, responsible for light, fragrant Proseccos that draw in lovers of all things sparkly.