Carlo Colla was the very first Colla to cultivate a winemaking reputation, working in the Langhe hills in 1703. His family tree flourished uninterrupted for over three centuries, right in the heart of great winemaking country. In recent times, we have witnessed the legendary career of Beppe Colla (born in 1930), the definitive authority on the Langhe appellations. Beppe was one of the founding fathers of the Alba DOCs in the 1960s and is said to know every vine in every vineyard around Alba. Beppe’s daughter, Federica, chose to follow in her father’s footsteps after university, specializing in Wine and Liquor Management with the O.I.V. in Paris. His “baby brother” (19 years younger), Ernesto “Tino” Colla, also built up a reputation in his own right. After completing the prestigious Alba School of Enology (Scuola Enologica di Alba), he debuted in Burgundy, before returning to a brilliant career in his native Piedmont. In 1993, Federica and Tino joined forces and founded Poderi Colla. It is made up of three distinct properties:

• Cascine Drago in Alba, heart of the Langhe appellation
• Tenuta Roncaglia, which takes its name from the historic Barbaresco cru of Roncaglie
• Dardi Le Rose, which forms part of the renowned Barolo Bussia cru in Monforte.

Together, these three estates cover a wide range of Alba’s celebrated reds, worthy of the Colla heritage. Surface under vine is now 64 acres (26 hectares) and the team includes Tino’s son Pietro (born in 1980), who decided to follow the family tradition and attend the historic Scuola Enologica in Alba, earning a degree in Enology at the University of Turin. Naturalness and originality are paramount to the Colla family. Their wines hail from exceptional vineyards that may truly be deemed unique, the result of winemaking practices that fully respect the grapes and the vine. 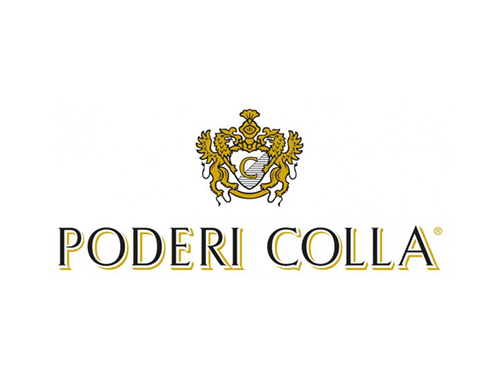