Global Warming Tactics for Bucci and its Wines 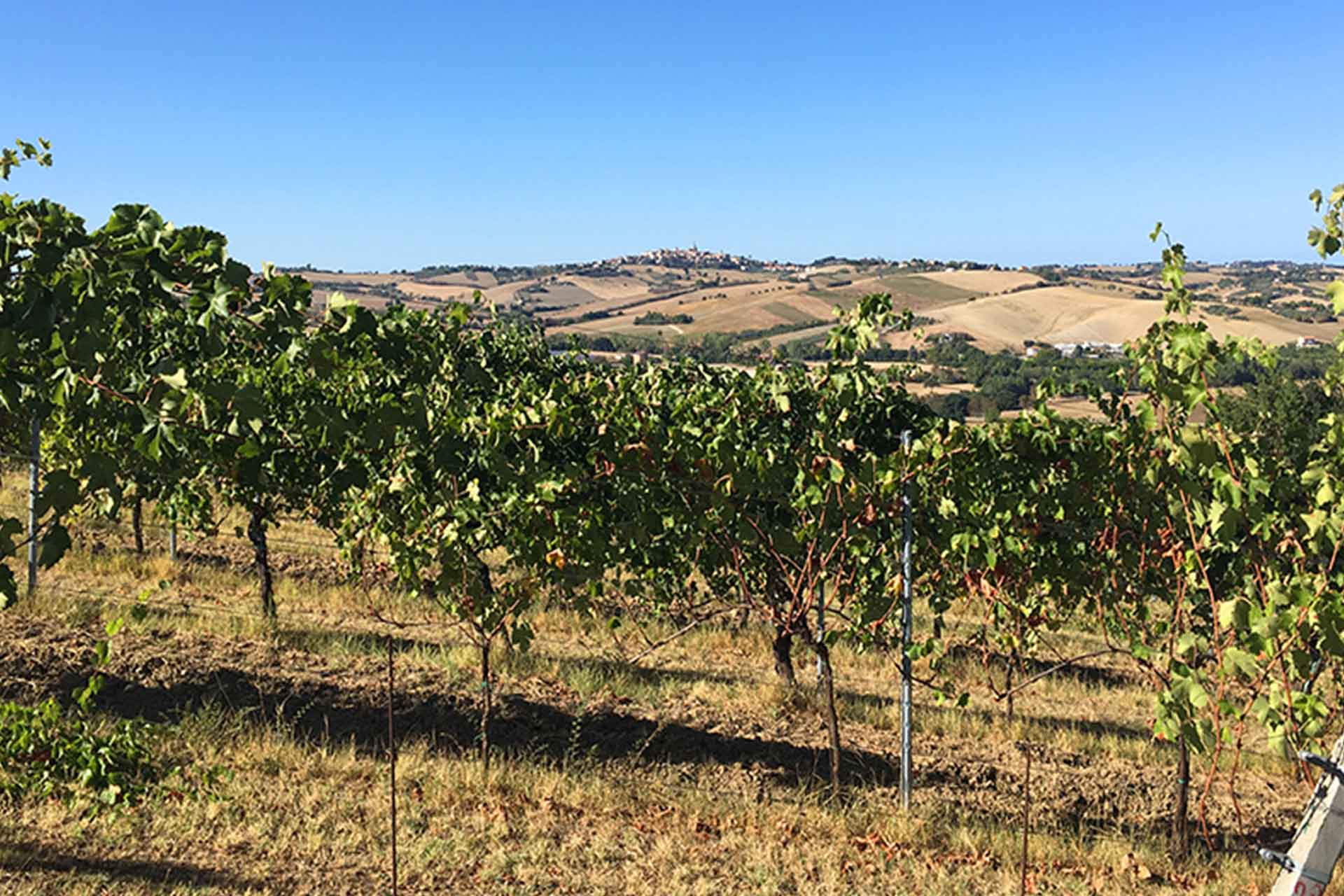 Good Wine is Made in the Vineyard

Ampelio Bucci has long enjoyed leading the pack in the making of quality – and especially age-worthy – white wines as well as deliciously inviting reds.

In decades past, he was responsible for adding cellarable, oak-aged white wines, made from a native Marche grape no one believed could stand up to the world’s best, to Italy’s long list of – mostly red – excellences. In fact, the longtime marketing expert built his winemaking empire on challenging many Italian enological tenets, but also by carrying out frequent experiments.

The Bucci family has been in the agricultural business, cultivating soft and hard wheat, corn, sugar beets and much more in Italy’s Le Marche region, an unspoiled area of central Italy, close to the coast and the mountains, for centuries.

When it came time to plant vineyards, Ampelio and his team scoured the countryside to find the best vineyards with the soils – specifically limestone and clay, which retains humidity, fosters good health, and lends minerality to the wines – altitudes and exposures that are most suitable to the making of elegant, complex wines. Settling on six different parcels, Ampelio increased his workload and costs – six vineyards meant six separate harvests, six separate vinifications, and six different wines that he could blend to achieve his perfect style.

Ampelio started with the Marche native Verdicchio to promote the unique patrimony of the region, distinctively suited to the local terroir in a way that “foreign” grapes may not have been. He also planned for smaller yields – about half what the DOCG regulations allowed – a ‘sacrifice’ Ampelio was willing to make for higher quality.

Agriculture and viticulture see the effects of global warming from the front lines. In fact, over the past forty years, Bucci has seen the climate go from temperate to scorching hot, which leads to earlier yearly harvests and high-alcohol wines. Ampelio began making changes, not just to “survive” the inevitable variations, but to maintain elegant, balanced wines.

In a few words, Ampelio sums up his philosophy:

We believe in the long life of the plant. The roots of old vines dig deep into the soil looking for humidity and cooler temperatures. This is one way the plant is protected against the inevitable warming of the planet. Everything we do is to increase the life of the plant (organic cultivation, ‘surgical’ pruning, planting in limestone, etc.). Healthy vines live longer and give us better quality grapes, thus wines.

Some of Bucci’s experiments have turned into everyday practice and have helped shape the company’s entire way of thinking.

Ampelio maintains that since 2003, global warming in the Marche became much more apparent so his winery has been doing various experiments to combat the phenomenon:

Always the innovator, what sets Bucci apart is a constant desire to grow and evolve with the changing times.

Ampelio never rests on his laurels and knows that perfection in the grape-growing, winemaking world requires constant attention, research, experimentation and hard work. Things the venerable winemaker has never shied away from.

The Scoop on Franciacorta

The Osservatorio Spumanti (the Italian Observatory that watches the wine economy) reports that Italian...